Home > Projects > The CarbonNet Project > What is CCS? > CCS in Victoria 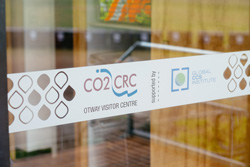 Carbon capture and storage (CCS) is particularly relevant to Victoria, not only have we identified world leading storage sites for carbon dioxide (CO2) in Bass Strait, off the coast of Gippsland, but Victoria is also home to:

The Global CCS Institute (GCCSI) is the world’s leading CCS think tank, and is an unparalleled source of research, data and information on all aspects of CCS deployment.

The GCCSI has an international membership that includes governments, global corporations, private companies, research bodies and non-governmental organisations. The Institute is headquartered in Melbourne, with offices in Washington DC, Brussels, Beijing, London and Tokyo.

Peter Cook Centre for CCS Research at University of Melbourne

The Peter Cook Centre for CCS Research is located at the University of Melbourne campus in Carlton, Victoria. The aim of the Centre is to “develop environmentally and socially acceptable, cost effective CCS solutions for a carbon constrained world.”

The Centre focuses on developing Australian scientific and engineering expertise and personnel to aid the deployment of advanced CCS technologies.

CO2CRC Limited, based in Victoria, is one of the world's leading research organisations focused on CCS. It is a significant designer, initiator, manager and funder of CCS research. CO2CRC engages Australian and global CCS researchers and receives major support from industry, universities and government, along with international collaborators.

About the CO2CRC Otway demonstration project

Reducing the amount of carbon in the atmosphere is a major priority around the world, and CO2CRC and its Otway project in Victoria is globally recognised as being a leader in CCS research.

Over the last decade, the CO2CRC has demonstrated CCS end-to-end, at their Otway demonstration site in south west Victoria.

During the first two stages of the Otway project, over 65,000 tonnes of naturally occurring carbon dioxide-rich gas was produced and compressed, transported 2km by pipeline and injected into a depleted gas reservoir. An extensive long-term monitoring program provides researchers with comprehensive information on CO2 storage while assuring the community of the safety of the project.

Recently, researchers injected 15,000 tonnes of CO2 into another type of geological formation known as a saline formation. This has improved understanding of the ways CO2 is trapped in rocks and helped commercial CCS projects estimate the storage capacity and security of these common geological formations.

Stage three of the project

Now in the third stage of the project, researchers at the Otway site are looking at new ways of monitoring the CO2, as it moves and settles underground. The aim is to assess each method for safety, reliability, efficiency and cost effectiveness. Subsurface (underground) monitoring solutions are being tested as an alternative to other more expensive methods.