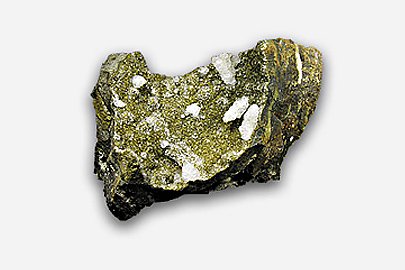 Zeolites are microporous aluminosilicate minerals whose porous structure can accommodate a wide variety of cations (including Na+, Ca2+, Mg2+). These positive ions are loosely held and can readily exchange in solution.

This ability to exchange cations has driven the development of various uses of zeolites in the medical, agriculture, petrochemical, and nuclear industries, as well as for animal welfare, heating and refrigeration, detergents, construction, and aquarium keeping.

The most attractive, well-crystallised zeolites in Victoria are found in cavities in Tertiary mafic volcanics. The economic zeolite deposits are microcrystalline masses in sedimentary rocks, predominantly volcanoclastic sediments.

Sixteen zeolite minerals have been recorded from approximately forty localities in Victoria. The most important localities are Flinders on the Mornington Peninsula, Phillip Island, and the central Victorian goldfields.

The coastline from Flinders to Cape Schanck is one of the main zeolite collecting areas, and is famous for its large crystals of the zeolite mineral known as gmelinite. Phillip Island, where at least twelve members of the zeolite group are found in cavities in basalt, is one of Australia's major zeolite locations.

The central Victorian region contains sites of historical significance where zeolite minerals were collected during the gold-mining period of the 1850s. Zeolites in northern Victoria are only of minor importance, but are of interest because they formed in greenstones rather than in Tertiary basalts.