Innovation is at the heart of Victoria’s Mining Equipment Technology and Services (METS) sector.

So, it is no surprise that in these times when it is difficult to engage internationally, Victorian METS companies are looking at different ways to connect their products and services to the world.

Modern mining has a sophisticated, innovative, and varied supply chain.

METS encompasses many sectors of our economy, including, engineering consulting, construction, information technology, and professional services – sectors that aren’t always recognised as being involved with mining.

The case studies below highlight how Victoria’s mining support sector is working with the resources sector address some of its greatest challenges. Cutting edge Victorian technology designed to give athletes an advantage during competition is being rolled out at mines across Australia to improve the health of miners.

Dehydration in mines reduces worker concentration and efficiency while increasing the risk of long-term health issues.

Hydration testing at mines can be inconvenient, inaccurate and invasive but that’s changed thanks to a new product designed and engineered right here in Melbourne.

MX3 Diagnostics’ Hydration Testing System is the world’s first electrochemical saliva analysis system that provides personalised, laboratory-grade, on the spot results in the palm of your hand.

Principal Research Scientist at MX3 Diagnostics Dr Michael Erlichster says the speed of the result is crucial to ensuring safe work environments and the health of miners.

“The hydration test strip can reliably characterise hydration in seconds. If dehydration is identified action can be taken immediately, the result is improved health and productivity.”

Dr Erlichster says the detailed reports available through the MX3 App and MX3 Web Portal, allow mine operators unparalleled access to information about how well workers are hydrated.

“It’s the world's first low-cost and rapid way of measuring hydration with saliva.”

Since launching this product in late 2019, the MX3 Hydration Testing System has been adopted at over 30 mine sites across Australia.

“It’s important that miners who typically work long hours with heavy equipment in hot environments receive information about their health on the job in real time.” 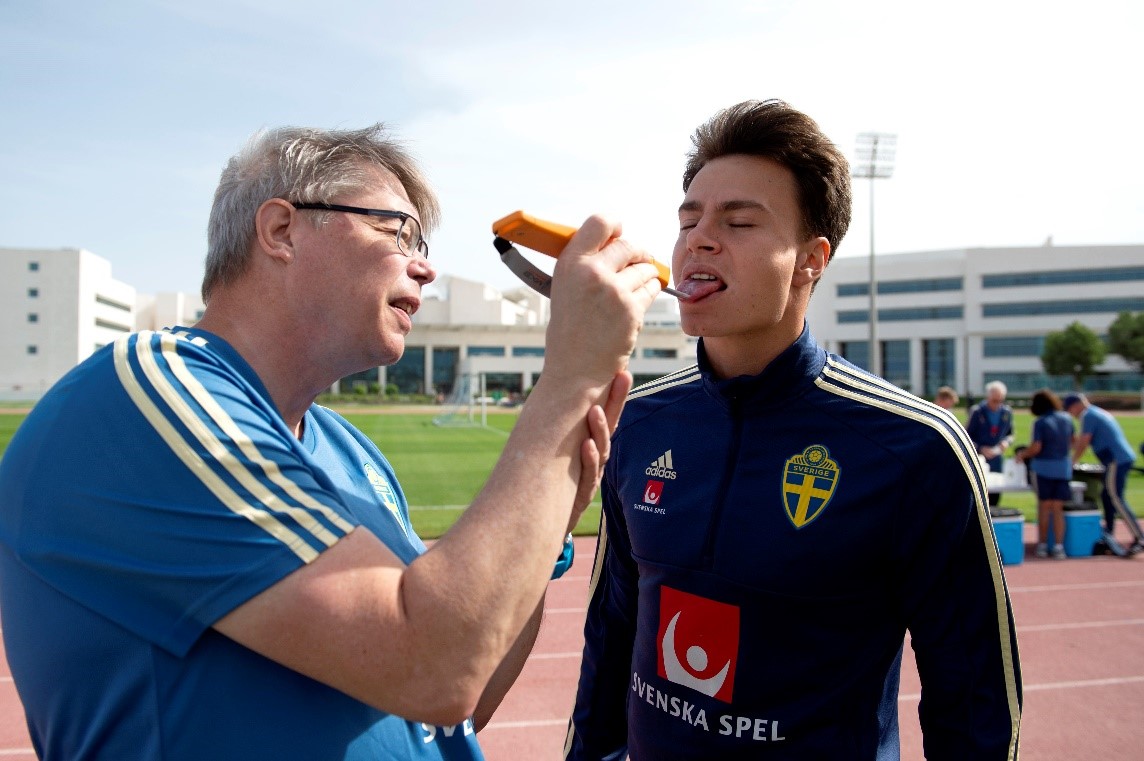 MX3 Diagnostics is at IMARC Online to demonstrate the effectiveness and simplicity of the hydration system to an international audience of industry big-hitters.

Over the next 12 months the company is looking to distribute the Hydration Testing System at mines and worksites in North America and Europe.

You can find out more about the Hydration Testing System at the Victorian Government’s virtual booth at IMARC Online or at mx3diagnostics.com.

Regional Victorian company turns the table on mine productivity

Increased safety and productivity while loading and unloading trucks is easier to deliver at mines thanks to an innovative product new developed and produced in Bendigo.

The Australian Turntable Company (ATC) has developed a relocatable truck turntable that can be used below or above ground, eliminating the need to reverse vehicles in confined spaces.

According to ATC executive and founder Paul Chapman the truck turntable reduces the path travelled when hauling materials and makes unloading vehicles about 30 per cent faster, and that increases efficiency.

“In some instances, the equivalent production can be achieved by a smaller fleet.”

By using a turntable, the reversing procedure is eliminated, resulting in improved driver vision with no blind spots.

“We came up with idea during a trip to Chile where we saw the bottleneck created as big trucks queued to unload.”

Two turntables are operating at Western Australian maintenance facilities and one 20-metre diameter truck turntable has been installed at a Columbian cement quarry.

“Testimonials from Colombia indicate that large truck movements on-site have increased by 300 per cent.”.

Mr Chapman says that sites with space constraints, like in many mines in South America and India, stand to benefit most from the truck turntable.

IMARC Online provides a unique opportunity to showcase Victorian METS innovations like the truck turntable to a global audience.

“We hope to install the turntable at mines across the globe in the next few years and we’ll be focusing on markets in India, Chile, Colombia and the US at IMARC.”

ATC is a regionally based advanced manufacturer that employs 32 people and regularly conducts research to discover new ways to add value to its customers operations.

The company is an example of how Victoria’s mining support sector is helping address some of the industry’s greatest challenges.

You can find out more about relocatable truck turntable at the Victorian Government’s virtual booth at IMARC Online or watch a video demonstrating its efficiency. The application and adaptation of military technology at resources sites has the potential to create operational efficiencies and safer environments.

Freespace Operations is a Victorian based company that began designing and manufacturing innovative drone systems for the defence sector and is now providing similar systems to industry.

The company recently customised its technology to address some of the challenges associated with modern mining, resulting in the production of the Callisto Modular Industrial Multirotor.

The Callisto is an autonomous modular and multipurpose industrial drone with benefits for the resources sector including increased productivity and worker safety.

According to Freespace Operations Managing Director Ken King, the Callisto is a game-changer for the resources sector.

"The Callisto was designed from the ground up to be an industrial system prioritising function over form. It's overall levels of performance and capability exceed all other comparable systems currently available.”

“The result is increased productivity because tasks can be completed quicker, with precision repeatability and without the need to place people in risky environments.”

According to Mr King, the drone system offers most benefit at sites that are remote and face logistical challenges like poor weather, undulating topography, dense vegetation and poor access.

“The Callisto has been designed for typical mine sites so safety, durability and serviceability are built into the system.”

“At IMARC Online we’ll be demonstrating the Callisto to companies that undertake LiDAR aerial surveying and require long-range cargo delivery.”

The Callisto Modular Industrial Multirotor is a practical example of how Victorian METS companies are helping the resources sector to evolve their day-to-day operations.

Freespace Operations is one of the many Victorian based METS companies using IMARC to expand its global footprint.

You can find out more about the Callisto at the Victorian Government’s virtual booth at IMARC Online or at freespaceoperations.com.au