Home > Geology and exploration > Geological Survey of Victoria > Exhibition: 150 years of the GSV > Oil and gas - A period of expansion

Oil and gas - A period of expansion 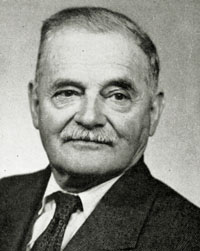 William Baragwanath was born at Ballarat in 1878, the son of Cornish gold-rush immigrants. His father, a surveyor, had learnt his trade by cutting government tracks through the Gippsland bush.

Young William also trained as a surveyor, joining the Geological Survey in 1897. His first assignment was a major survey of the Walhalla goldfield, spanning several years.

Baragwanath was instrumental in the expansion of brown coal mining in Victoria after World War I, and in 1920 was appointed Director of the Geological Survey.

By the time he retired in 1943, Baragwanath had visited practically every mine in the state - and had surveyed many of them. In fact, ‘Mr Barry’ (as he was known) was said to be as much at home underground as he was above it. A major focus of the Geological Survey during the 1920s was the search for oil in the Gippsland Lakes area. In 1924, a well drilled near Lakes Entrance struck oil at a depth of 326 metres - the very first discovery of oil in Australia.

Between the 1920s-50s, the drilling of more onshore wells in the Gippsland basin resulted in minor oil production. But it wasn’t until 1955 that Nicholas Boutakoff, the GSV’s Chief Field Geologist, suggested that the search for oil should move offshore, into Bass Strait.

Offshore wells drilled by an Esso-BHP joint venture during the 1960s struck oil and gas, and by the end of that decade production of both was underway. David Thomas was educated as a geologist in his native Wales. Seeking opportunities beyond underground work in the coal mines, he migrated to Australia. He spent two years teaching in bush schools before joining the GSV as an assistant field geologist in 1927.

As in the case of Selwyn 75 years earlier, Thomas noticed that the Palaeozoic rocks he mapped in central Victoria resembled those of his homeland. In particular, he noticed the abundance of graptolites, a minute form of fossil.

In his spare time, Thomas made graptolites his special area of study. He was joined on his expeditions by Dr William Harris, a rural high school principal, who had been studying graptolites since before WWI. Between them, Thomas and Harris became recognised as world authorities on graptolites, showing how the fossils formed a key to the sequence of Palaeozoic rocks.

Thomas was head of the Geological Survey from 1946-67.

Mapping groundwater is the job of specialist geologists - called hydrogeologists - because the water is contained in geological formations. Boreholes are drilled to measure the amount and quality of water contained in underground deposits. In this way, the availability of groundwater for farm irrigation and town water supply can be gauged.

This map was produced as part of a five-year study into the groundwater system of the Riverine Plain in northern Victoria. It clearly illustrates the location, yield, and quality of the area’s groundwater resources. The Geological Survey grew and diversified during the boom period after World War II.

Between 1946 & 1960, staff increased fivefold and the GSV divided into several sections to meet the needs of a rapidly expanding population & economy.

Until the late 1980s, the Survey was active in the search for groundwater, to assist agriculture and rural communities in the areas of water supply and salinity control. Environmental and engineering geologists advised on ground conditions for public construction projects, while other GSV staff provided specialist services to oil exploration companies.

Today, the Geological Survey has returned to something like its original role: mapping the rocks, and promoting the search for minerals in Victoria.

A program to cover the whole of Australia with 1:250 000 geological mapping was initiated in 1950 by the Canberra-based Bureau of Mineral Resources (now Geoscience Australia). In Victoria, this coverage was completed for the whole state by the Geological Survey between 1965 and 1977.

Also commenced in the 1950s was a systematic program of more detailed (1:63 360 or ‘inch to a mile’) mapping. These maps largely concentrated on the area around Melbourne, yielding valuable information about sand, gravel and basalt resources - materials in growing demand for the construction industry. The GSV discontinued this map series in 1977, in favour of mapping on 1:50 000 and 1:100 000 metric scales.

This map was compiled from existing Geological Survey mapping to satisfy the national standards. Uniform maps on the quarter-million scale provided governments and the mining industry with a comprehensive, ‘big picture’ view of Australia’s mineral resources. Brough Smyth would definitely have approved.

In Fons VandenBerg’s ‘inch to a mile’ map of the Sunbury area, it is easy to see how the flat basalt plains around Tullamarine influenced the location of Melbourne International Airport.

Deposits of sand, gravel and stone - building materials - are highlighted, reflecting the priorities of the period.