Learn about uses for brown coal
Explore our projects

Victoria boasts a 430-billion tonne brown coal reserve which is a huge portion of the world's coal resources. In 2013-14, total production in Victoria amounted to 57.8 Mt (metric tonnes).

Victoria’s brown coal is typically low in ash, sulphur, heavy metals and nitrogen. This makes it very low in impurities by world standards.

More than 80 per cent of our brown coal (also called lignite) is located in the Gippsland Basin, off the South-East coast of Victoria.

Within Gippsland, the Latrobe Valley has an estimated measured resource of close to 65 billion tonnes which equals 25 per cent of the world's known brown coal reserves. Approximately half of the valley’s brown coal is ‘potentially economic’.

Brown coal seams in the Latrobe Valley are up to 100 metres thick with multiple seams often giving nearly continuous thickness of up to 230 metres. Seams are typically located under only 10-20 metres of overburden.

Therefore, brown coal lends itself to low-cost, large-scale open-cut mining. The Loy Yang and Yallourn mines produce the majority of brown coal in the Latrobe Valley.

While the majority of coal in the Latrobe Valley is brown coal, an estimated 6.8 million tonnes of black or bituminous coal is located in western Gippsland. These deposits are high volatile black coal with medium ash and moisture content.

Beyond the Gippsland Basin, other brown coal deposits can be found in the Otway Basin (mainly within the Bacchus Marsh, Altona and the Anglesea coalfields) and across the Murray Basin. Access to all sites is subject to the appropriate exploration and mining licences. 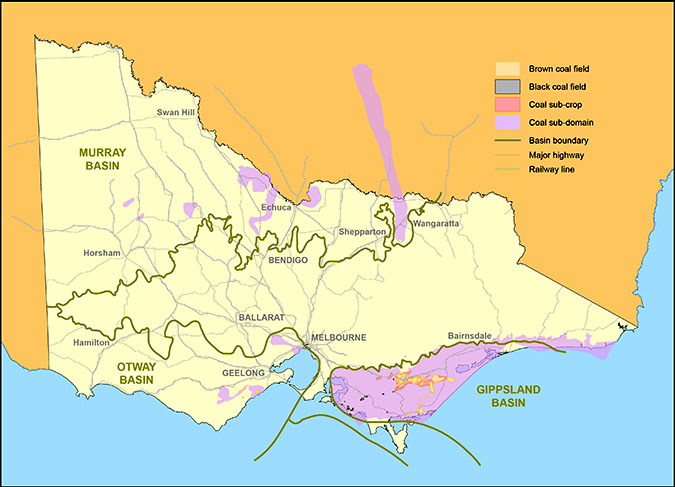 Victoria’s lignite is typically low in ash, sulphur, heavy metals and nitrogen, making it very low in impurities by world standards. However, its high moisture content - which ranges from 48-70 per cent - reduces its effective energy content (average 8.6 MJ/kg on a net wet basis or 26.6 MJ/kg on a gross dry basis). 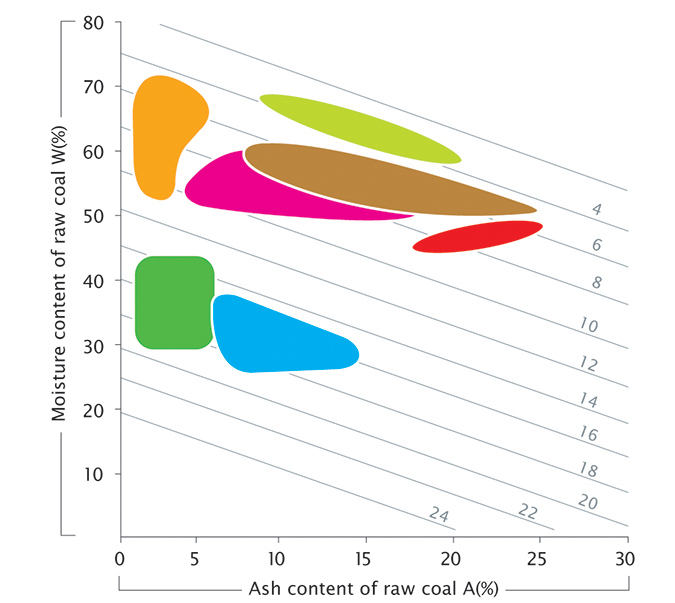